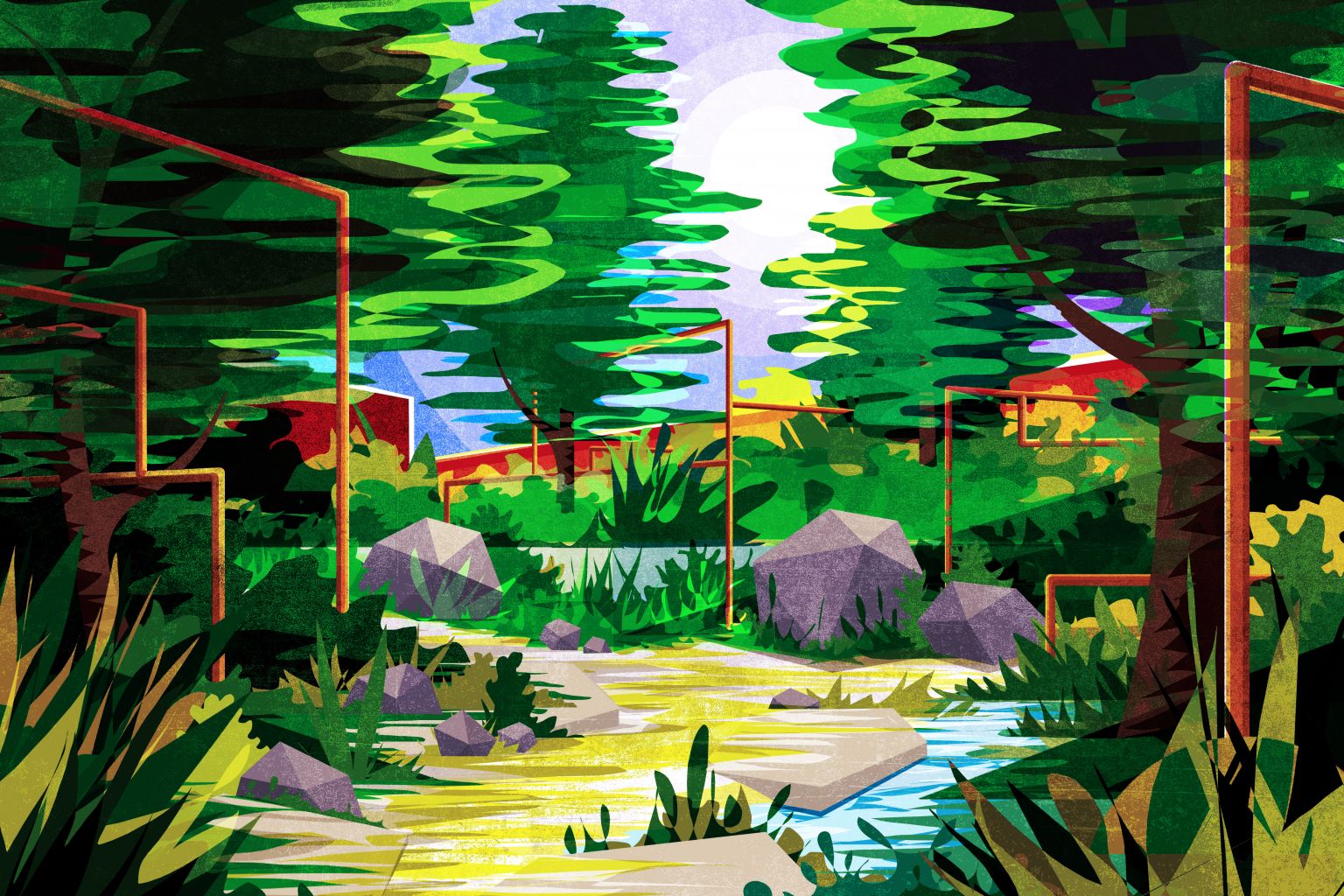 We are delighted to be returning to RHS Chelsea in 2020 with the M&G garden.

Built by Crocus, the garden stands for the importance of beautiful and vital green spaces in the places we need them most – our towns and cities. We believe that there is no corner too small, too unloved, or too battered that cannot be transformed into somewhere tranquil, powerful and restorative.

We are witnessing one of the greatest shifts in human history, with unprecedented movement to urban centres. In 1900, less than 14% of all people lived in cities; today more than half of the world’s population live in urban settings. This will only increase in the coming decades. By 2100, the population of the UK is predicted to grow to 82.4m and it is estimated that 80% of the population will live in urban areas.

At the same time, we have never needed the benefits of nature more, fulfilling a profound, primeval and innate need in all of us, as well as wide-ranging health, environmental, economic and community benefits. As towns and cities develop and expand, green space must be given prominence alongside transport, power and water.

As a practice, we make gardens that speak of the places they are from, and this shared urban space – pocket park-like in its design – is no different. Urban settings are rich with history and stories; here in the M&G garden we have referenced an imagined industrial past in the materiality and design.

Over 100 linear metres of metal sculpture – much of which has been reclaimed and reconditioned – will trace its way through the garden, echoing the transformation of a city’s industrial past. Created in collaboration with the architecture and design studio Mcmullan Studio, the bronze-copper colours and matte and gloss textures of the sculpture will contrast with the naturalistic elements in the garden of plants, trees and water.

We have chosen the structural trees and backbone plants for their tolerance to urban climate extremes, interspersed with unusual and delicate planting to inject moments of ephemeral beauty. Structural planting includes the wild and naturalistic shapes and silvery leaves of Hippophae, or sea buckthorn, commonly used as windbreaks; bursts of colour from Nyssa sylvatica, or black gum tree; and the small fragrant tubular flowers and red edible berries of Elaeagnus umbellata, or autumn olive.

Just as all of our three previous Chelsea gardens (2014 – gold medal, 2016 – silver gilt medal, 2017 – gold medal) have been, this garden will have a second and permanent home after the show, and will be relocated to a community-led housing scheme, with the generous support of M&G.